A team can be an elusive experience—sometimes it is there and sometimes it is not. Part of the problem is that the term is used so loosely and generalized expectations are applied to it so liberally that it is often meaningless. To set about building an effective team, you have to understand what a team is and what it is not, and to be clear that a team is what you really need. Not every group needs to be a team; not every team needs to be a team for everything that it does; and not everything we think of as "for the good of the team" is really useful.

Teams and groupsA team is two or more people who have shared responsibility for a common objective, and whose efforts towards that objective impact each other and thus benefit from coordination and communication. The key here is that for a team, unlike other kinds of groups, some level of interaction and cooperation is required for the optimal accomplishment of the common objective, because being part of a team can take a lot of time and energy, meetings, functions, group emails, lunches, chats, sorting out roles and guidelines and expectations and accountabilities. If there is no benefit to these kinds of coordination, then there is no reason for calling a group of people a "team" and expecting them to work as one. It comes down to return on investment: It is only worth investing the time and energy into building a team when there is a real and specific return on that investment in terms of increased success with its deliverables.

It can be wasteful, as well as downright counterproductive, to try to make some groups act as teams. If a number of staff members have a similar role, for example data entry, and they know it well and simply need to work at a fast rate, taking time to build them into a team, would likely decrease their overall performance and also likely create resentment rather than esprit de corps.

Many superficial connections or similarities, like similar job functions, are often used as rationales for considering people to be part of a team. However, simply being part of the same department or company, working in the same office or workspace, and reporting to the same person do not make a team. Before setting out to build a team, you have to get a "yes" to this question: "Will coordination and cooperation among these people increase their ability to deliver the key objectives?"

Leadership and environmentThere is one more critical component for a group to truly be a team: They have to be empowered by their leadership environment to be a team. Few things are more demoralizing than being told that you are a team and to go for it and then, after identifying approaches and changes that will generate results, finding out that the "go for it" was purely a metaphor, and that you must continue to do things exactly as you have been told. If the team could benefit from coordination and communication but those benefits are constrained by directive leadership that favours the consistency and predictability of controlling how staff go about their jobs, then this is not a team but rather a staff or a workgroup.

The first vital role of the team leadership is to ensure that the team, from the outset, understands exactly what parameters management is giving it and what limitations are set by its environment. A team doesn't need full empowerment to do what it wants to do, but it must have some room for its communication efforts to lead to changes, decisions, and improvements, and it needs to know how much room or empowerment it does have. Whether it is self-directed and reporting up to other company leadership or has appointed leadership within it, the team must be very clear what decisions are to be set (or already set) by that leadership, what limits are in place for how their objective is defined, and what parameters they must work within to define how they will go about their work.

The goal is to have clarity from the leadership on objectives, expectations, and parameters for the team. Sometimes that is simply a matter of communicating them, but sometimes it takes some negotiation. If members of a team do not feel they have the conditions they need to succeed (and enjoy) at their objectives, it is their responsibility to attempt to influence their leadership to provide the necessary conditions for success.

A common scenario is when team members have given up (or not even tried) on exerting its influence, and instead devolved to complaining, working around, making do… and taking the frustration out on each other. More positive team scenarios are marked by direct communication of discontent from the teams to their leadership, along with clear requests for support. When a leader hears this type of feedback, pledges to offer the requested support, and even apologizes for what was missing, teams hit incredible levels of motivation and anticipation. They also go forward with a strong reminder of the power of teams.

Another leadership requirement for building an effective team is ensuring that the team has the appropriate skills and resources to succeed. A common error in constructing teams is throwing headcount at the problem. Having enough people to work on the objectives is meaningless if they aren't the right people with the necessary skills for what is being asked of them. Leadership must make sure that a team has the right skills and resources to fulfill its mission, and to support the team in acquiring additional resources it needs. Besides the skills and available time, team members themselves must have a budget, access to stakeholders, and information.

Open flow of informationThe final prerequisite of an effective team is a free and unrestricted flow of information among the team members. Leadership plays an important role in laying the groundwork for such communication and safeguarding this integral resource. It is almost impossible for a team to succeed in maintaining functional and open communication if team leadership is not a sponsor and model of that culture.

Surprisingly, the signal that information is actually flowing freely enough to support an effective team is something that many teams avoid—conflict. If information is truly flowing freely, the atmosphere will be rife with disagreements, varying viewpoints, and even conflict. Many people equate "open, honest communication" with "politeness, manners, and general agreement", but the research is very clear that too much agreement is actually a red flag. If people are always agreeing, they are likely avoiding conflict intentionally; and if they are avoiding conflict, they are holding back information and ideas Harmonious teams are not necessarily effective ones. In fact, teams that put too much emphasis on harmony, getting along, or unity of thinking are unlikely to be very effective.

If you want to build an effective team, the measure can't be that you get along. Yes, you'd rather have a team get along than the opposite, but the real question is what precisely is meant by "getting along" and what is the effect on the team of getting along or not. A definition of getting along that best matches the objective of being effective as a team might be: "We freely disagree with each other, even argue, because we are passionate about our objectives and want everybody to be heard, and at the end of the day we resolve those disagreements and conflicts and carry forward decisions together." Effective teams are unified in their commitment to the objectives, not necessarily at a level of liking each other, being liked by each other, or being polite. The team needs to build a process that allows and moves beyond conflict, not avoids it. There are many systems for agreements or ground rules to govern a team's communication, and many of them contradict each other. That's all right: You can use any one of them (or no system at all) that works for your team, that supports a team environment in which everyone speaks up, disagrees and argues in constructive fashion, and unites in decisions and actions after discussion.

One more implication of these observations about free flow of information: diversity equals intelligence. The more like-minded teams are, the more similar the group members are to each other, the less likely the group is to be "more than the sum of the parts". Synergy relies on diversity of styles, views, and experiences;  otherwise you don't need a team. But diversity only increases the team's intelligence when it is welcomed, when the most disparate voices are valued and included. Representational diversity, without real voices or power given, does not make a difference.

Maintaining an effective teamAnother important place to look to assess your team and what it needs is the team's outputs. High-performance teams have three classes of outputs, and absence of any one of these is a red flag:

Building and maintaining an effective team requires monitoring and delivering all three types of outputs. Teams that accomplish their objectives but burn people out and generate high turnover often cost the company more in the long run than they contribute. Many other elements and factors have been suggested as vital to the building of effective teams.

Consider each of the foundations and conditions of effective teams shared here, as well as any markers that are particularly important to your thinking or style. Look for ways to set up team communication so that the team's own wisdom and ideas about its best functioning can come to the surface. And have fun!

Reprinted with the permission of Zemo Trevathan and Associates, Inc. specialists in change management, coaching and leadership, who help clients discover and use the  truths hidden in organizational blind spots. www.ZemoTrevathan.com ;  [email protected]; 919 929-1917 (US); Twitter: @ZemoTrevathan 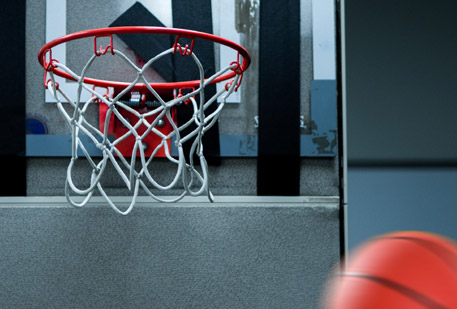 The Top 7 Mistakes that Managers Make

Here are the top 7 mistakes I see managers make. See if you can relate or recognize someone you know. 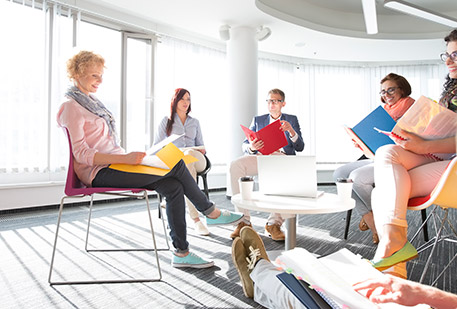 Becoming a Collaborative Leader – The Key to Succe...

Collaborative leadership is more than just practicing cooperation at the workplace. It is about leading towards a collective outcome that makes it possible for all key stakeholders to succeed.

Rid yourself of analysis paralysis

Have you ever found yourself endlessly obsessing over an issue, unable to move beyond it? When dealing with a problem..., do you ever have dozens of seemingly unanswerable questions swirling around your brain?